Ready to book Bacon for your next speech or event? Click HERE

John U. Bacon has worked nearly three decades as a writer, a public speaker, and a college instructor, winning awards for all three.

Bacon earned an honors degree in history (“pre-unemployment”) from the University of Michigan in 1986, and a Master’s in Education in1994. In 2005-06, the Knight-Wallace Journalism Fellowship named him the first recipient of the Benny Friedman Fellowship for Sports Journalism.

He started his journalism career covering high school sports for The Ann Arbor News, then wrote a light-hearted lifestyle column before becoming the Sunday sports feature writer for The Detroit News in 1995. He earned numerous state and national awards for his work, including “Notable Sports Writing” in The Best American Sports Writing in 1998 and 2000.

After Bacon covered the 1998 Nagano Olympics, he moved from the sports page to the Sunday front page, roaming the Great Lakes State finding fresh features, then left the paper in 1999 to free-lance for some two dozen national publications, including stories on Formula One racing in Australia for The New York Times, on Japanese hockey for ESPN Magazine, and on Hemingway’s Michigan summer home for Time.

He has authored eleven books on sports, business, health, and history, five of which are New York Times best sellers, including:

Bacon has also pursued his passions for radio, television, coaching and teaching. In 2007 he was invited to give weekly sports commentary on Michigan Radio every Friday morning, which he still does. He also appears weekly on WTKA Sports Talk 1050’s The Michigan Insider, Michigan Radio’s Stateside, and occasionally on National Public Radio, which awarded him the PRNDI prize for nation’s best commentary in 2014. He appears often on TV, including HBO, ESPN, Fox Business, MSNBC, and the Big Ten Network, where he is a frequent contributor to both “Icons” series.

Bacon has taught at Northwestern’s Medill School of Journalism, and teaches at the University of Michigan, where the students selected him for the 2009 Golden Apple award, given annually to the University’s top teacher.

A popular public speaker, Bacon delivers speeches on the themes taken from his books, and coaching and teaching experiences – including leadership, diversity, motivating millennials, and creativity – to corporations, universities, and other groups around the country and the world. In 2011, the Michigan Chapter of Meeting Planners International (MMPI) named him “Speaker of the Year.”

Bacon is now an average hockey player, a mediocre Spanish speaker, and a poor piano player – but this has not stopped him from enjoying all three. He lives in Ann Arbor with his wife and son. 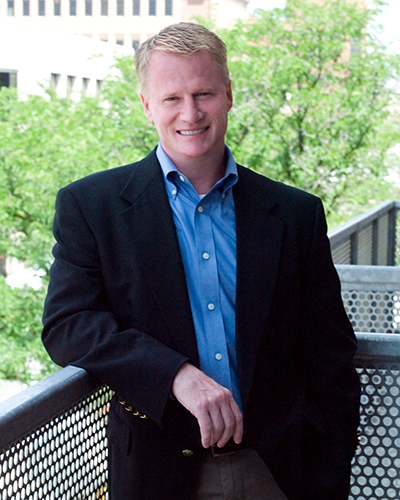 Bacon delivers speeches to corporations, universities and other groups drawing on the themes and stories from his books.

John U. Bacon is the author of eleven books on sports, business, health, and history. Seven are national best sellers.